Today was one of those happy/sad days. One of our precious Ubuntu Kids, David Kangongoi, celebrated his last day at the Ubuntu Life Special Needs Centre. This now exuberant student was brought in at the age of 5 with a hearing impairment that left him completely unable to communicate. For the past 2 years he has brought joy into our halls and has progressed to the point where he has mastered basic Kenyan sign language and can carry out the key activities of daily living.

Through individualized education and therapy, David has shown phenomenal improvement holistically. Our entire team is incredibly proud of his progress, bridging the gaps in his social skills despite the withdrawal challenges that he previously faced and embracing relationships with his peers. In fact, he has grown to love dancing so much that we’re sure he will be able to teach the children at his new school a thing or two himself.

We are eternally grateful to our team of supporters who strive to ensure that we have all the resources that we need to impact the lives of the children we serve. Happy days like this could not have happened without your support!

David was born in Nairobi and at the age of two, his mother Teresia noted that he was not responding to sounds like a ‘normal kid’ would. When he was three years old, the family started looking for a school in Nairobi which could address David’s needs but couldn't find anything suitable. Thankfully a family friend referred his mother to Ubuntu Life in Maai Mahiu and our educational centre for children with special needs like David’s. The whole family moved to Maai Mahiu in May of 2017 in order to enroll David in the daily therapy and education program.

At that point, David was completely unable to communicate, attend to daily living tasks, or socially interact with his peers. His mother said that despite all the odds, she took this bold step to bring David to a place where he could learn the Kenyan sign language and overcome these hurdles of daily living and interaction. When he was admitted, the Ubuntu staff came up with a 2 year plan for David in order to help him develop the skills needed to transition to a boarding school or school specifically for the hearing impaired. For those past 2 years he has thrived in the Ubuntu programs, quickly becoming the class clown and bonding with his peers.

As a graduate of Ubuntu Life programs, David is now joining a boarding school in Nyandarua. Ideally, Ubuntu would have the capacity to give David the specialty dedication needed to develop further in his communication so that he wouldn’t yet be transitioned. The Children’s Wellness Centre which is currently under construction will allow us to expand our services in the future to handle cases like David at an even deeper level and we look forward to celebrating those big wins alongside our global community of support.

Read More about the CWC 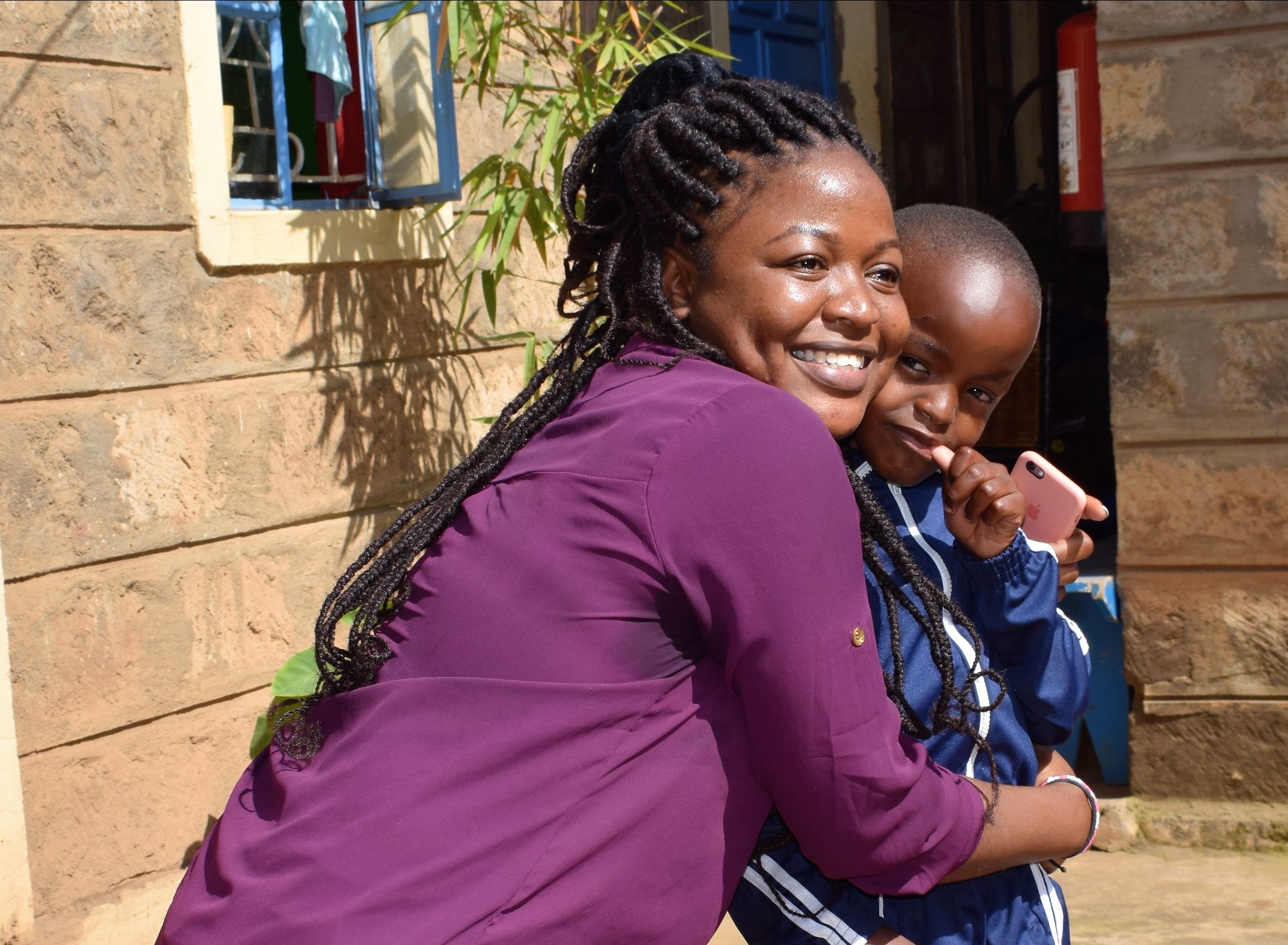