Chelsea Dee Thom is not only a Board Member of Ubuntu Life Foundation - she has been a huge supporter along with her family for nearly a decade, and she has been photographing the Ubuntu kids for the past nine years. In those years she has gotten to know the kids, their goofy sweet smiles, and their undeniable hearts of gold. She is a phenomenal artist and a passionate advocate - we are forever grateful to have her as a Board Member, Tribe Member, and part of the Ubuntu family. Her most recent trip was in 2018 with her daughter Noemi (then 4 years old) - you can check out the blog she wrote and photos she captured of the students here. 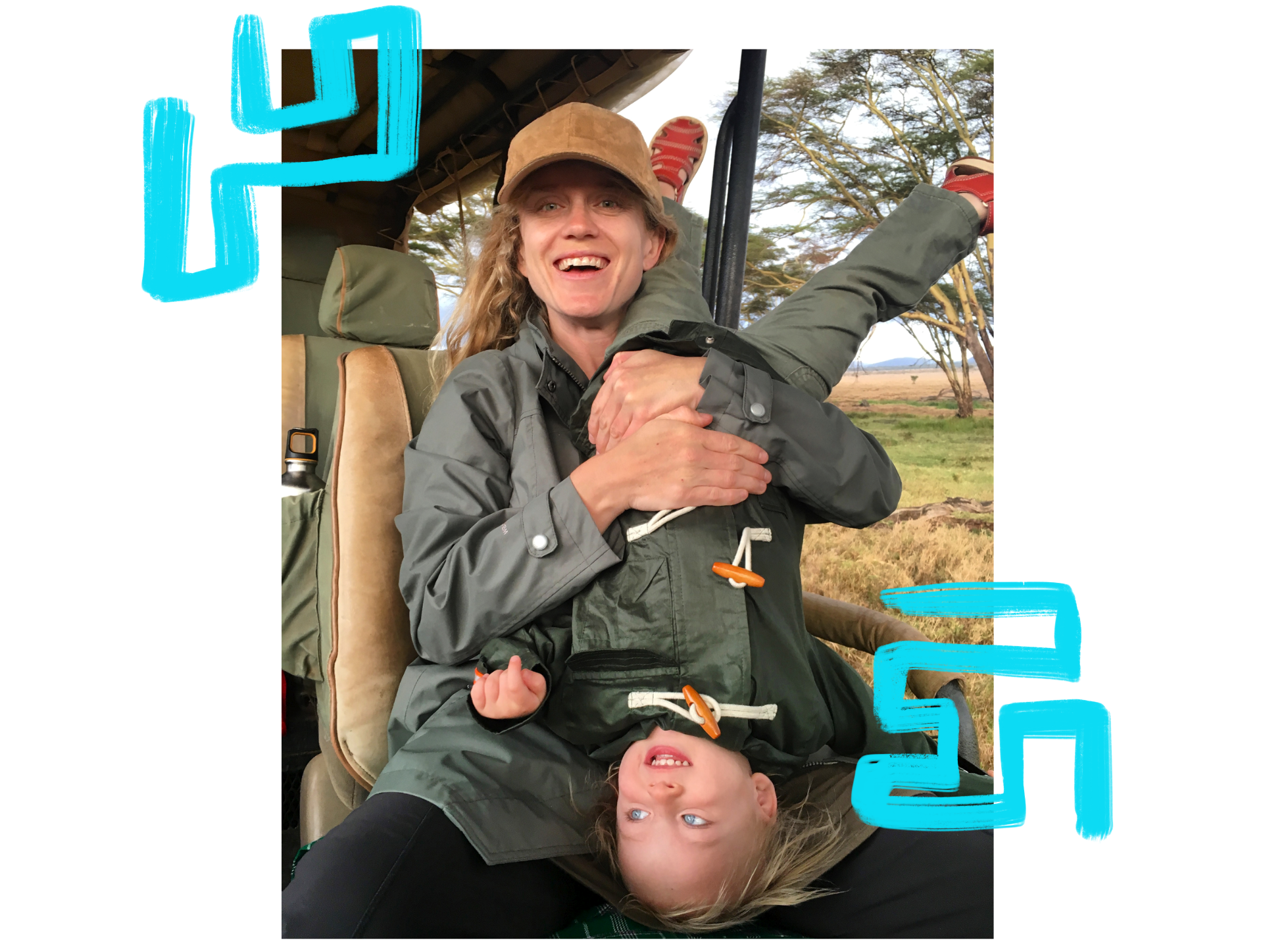 I first got involved with Ubuntu Life because of a Volcano in Iceland in 2010. Kinda a funny thing that a volcano in Iceland would lead me to such a deep connection with Kenya but after my flight route was changed I was left unexpectedly in Nairobi for a week. Then another strange event in Rwanda brought me back to Nairobi, and my first experience with Ubuntu Life turned into a solid month of learning from the organization, the kids, and the Mamas. I was so taken by the children, the cause, and the approach.

I have so many memories of great joy in Maai Mahiu, but the one that strikes me the most is the mix of joy and emotion that I have only felt when working with Ubuntu. There was a day in a Namcha (the nearest Maasai village) where Zane and I went into a hut, and we met Nashipae, a little girl whose body and voice didn’t work, but her family wanted help for her through Ubuntu. At first, she was just a small child in the room of adults speaking about her, but then Zane and I walked to her and held her. As I straightened out her contracted legs I asked her name, and then I looked in her eyes as I said her name "Nashipae ''. As I spoke her name I have never experienced anything like her eyes. In that recognition of her name, she was able to communicate not only her presence but the strength in her being. I was enamored by her and her eyes, and suddenly I saw that I was in the presence of a true tzadik (Hebrew word that roughly translates to the highest holy being). As we walked out of the hut Zane punched me in the shoulder as I was crying and said with sarcasm “everything happens for a reason aye”. Here was proof that not everything happens for a reason some things are unexplainable, and these hardships often are completely without reason. It was apparent to me after that one single moment with Nashapae that the world was so unfair and her humanity was so high. I saw her again the next year in Namcha. Since she was living in Namcha she was too far from Maai Mahiu to come to the Ubuntu kids program, but Ubuntu had arranged for her family to meet with an Ubuntu therapist a few times, and even with this little help she was so much less contracted and her body appeared to be in less pain.

My ‘why’ is simple - I see Ubuntu helping people while still maintaining a respect for Maai Mahiu’s story and listening intently to their needs.

I embrace it in community and in life. In meditation, I meditate on the collective whole of humanity often. The Mayans had a greeting Lak’ech which means “I am another you” -I try to think of Ubuntu or Lak’ech when meeting new people or greeting friends. In Exodus 3:14 God says to Moses “I AM who I AM” and says to the Israelites I AM has sent me to you. I think of the creator as the big I AM and all of humanity as the little “I am”. I suppose even in the terrible cost of this COVID-19 virus we are all coming to confront our interconnectedness. We all breathe- we all bleed- we all long to connect with each other and when we do that it is Ubuntu.

As a photographer, I get the honor of taking the Ubuntu school portraits of the children when I visit Maai Mahiu and can’t wait to do that again. I have a passion for international development, storytelling, and am always excited when I get the chance to contribute these skills to the Ubuntu community!